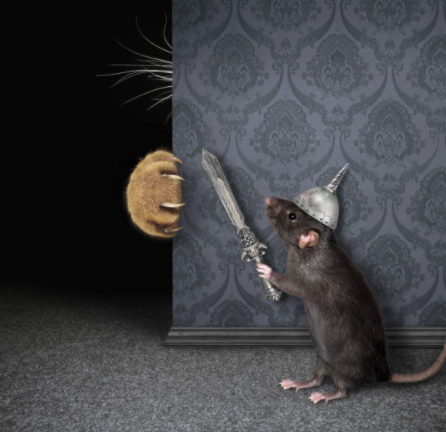 Glue traps are one of the cruelest methods of killing animals that exists today. These devices consist of pieces of cardboard, fibreboard, or plastic coated with a sticky adhesive designed to capture any small animal who wanders across its surface.

Trapped rodents and other animals suffer immeasurably during the days that it takes for them to die. Glue traps rip patches of skin, fur, and feathers off the animals' bodies as they struggle to escape, and many animals even chew off their own legs trying to free themselves. Some animals get their noses and mouths or beaks stuck in the glue and suffocate, which also takes hours.

The pest-control industry also refers to the traps as "glue trays" or "glue boards." Sticky traps are designed for indoor use because they can become covered with leaves and other loose material when placed outside. The makers of these devices usually state that trapped animals should be thrown away with the trap—leaving animals to suffer for days. Glue traps are completely indiscriminate, capturing birds, squirrels, snakes, gerbils, and other small animals—even kittens.

In addition to being cruel, glue traps and other lethal methods do not control rodent populations. When animals are removed from their habitat, others will move in to occupy the newly vacant niche.

In addition to being cruel, glue traps are ultimately ineffective. One exterminator told The Guardian that he had "seen rats scurry through a building and avoid an area where a trap had once been, though it was no longer there." And the use of poisons can cause a painful death for cats, dogs, and other animals who either ingest them by mistake or eat the bodies of rodents who have been poisoned. Preventive measures, natural repellents, and nonlethal traps are the only humane options for controlling rodent populations.

The problem of rodent intrusion is largely preventable by maintaining clean, sanitary conditions and plugging holes or cracks where mice or rats might enter a building. If traps are needed to remove mice or rats, humane box-type traps are available from humane societies and hardware stores. These traps are made from either plastic or metal and have a spring-release trap door at one end that closes behind the animal once he or she enters the trap. The trap can then be taken outside so that the animal can be released. When using these, be sure to check them every hour, as rodents have a high rate of metabolism and quickly become dehydrated when frightened.

The only surefire way to keep mice and other animals out of your house is to make it less inviting to them. Use live traps to catch those who do enter so that you can release them outside.